Beliefs and influence model in Symu 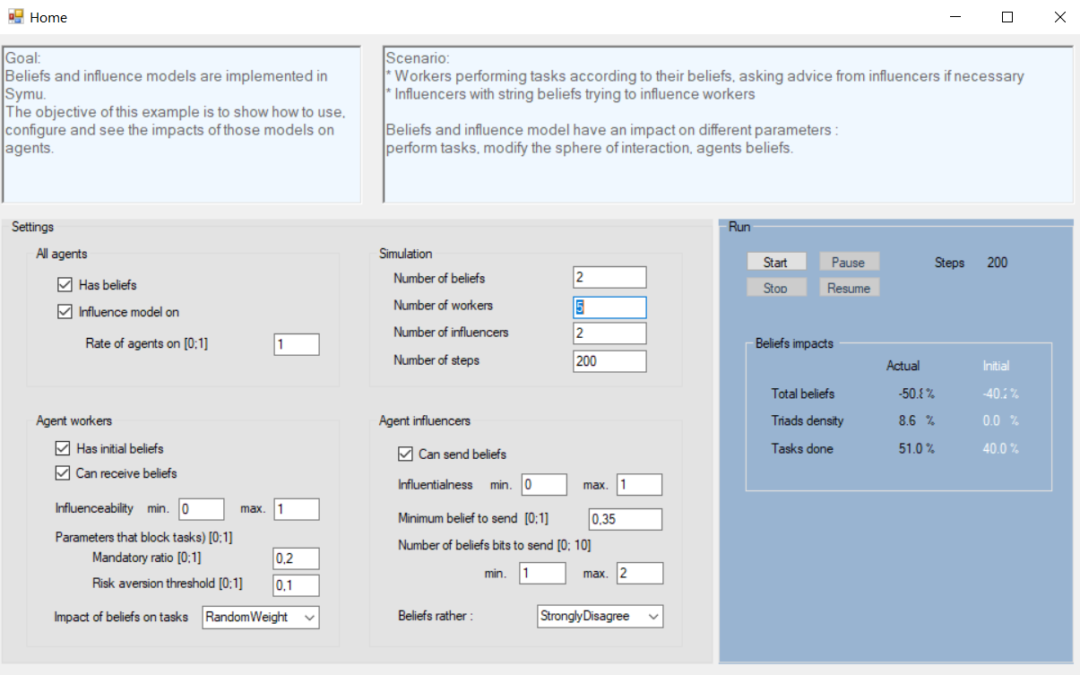 Different models are implemented in this simulator. A new full example has been added in this new release v0.5.0 which demonstrate the use of two of them: the beliefs and influence model.

Symu is a framework for organization simulation which include co-evolution of agents with in particular a beliefs model. Agents may have particular belief about knowledge or information.
Symu is a multi-agent system in socio-cultural environments with an interaction model between agents.
These interactions are based on the information exchanged but also the beliefs.

They might influence other agents or be influenced by them.

This model define how an agent will reinforce its belief or change its belief from influencer. Agents can accumulate beliefs during the simulation.

Influence model is associated with the risk aversion that prevent an agent from acting on a particular belief. Agents are task-based. In that case, the task is blocked.

You can use this example to discover and understand the impact of all the setups on the agents. That will help you setup you own beliefs model.

Scenario of the simulation

Beliefs and influence model have an impact on different parameters that you can follow in the simulation results: 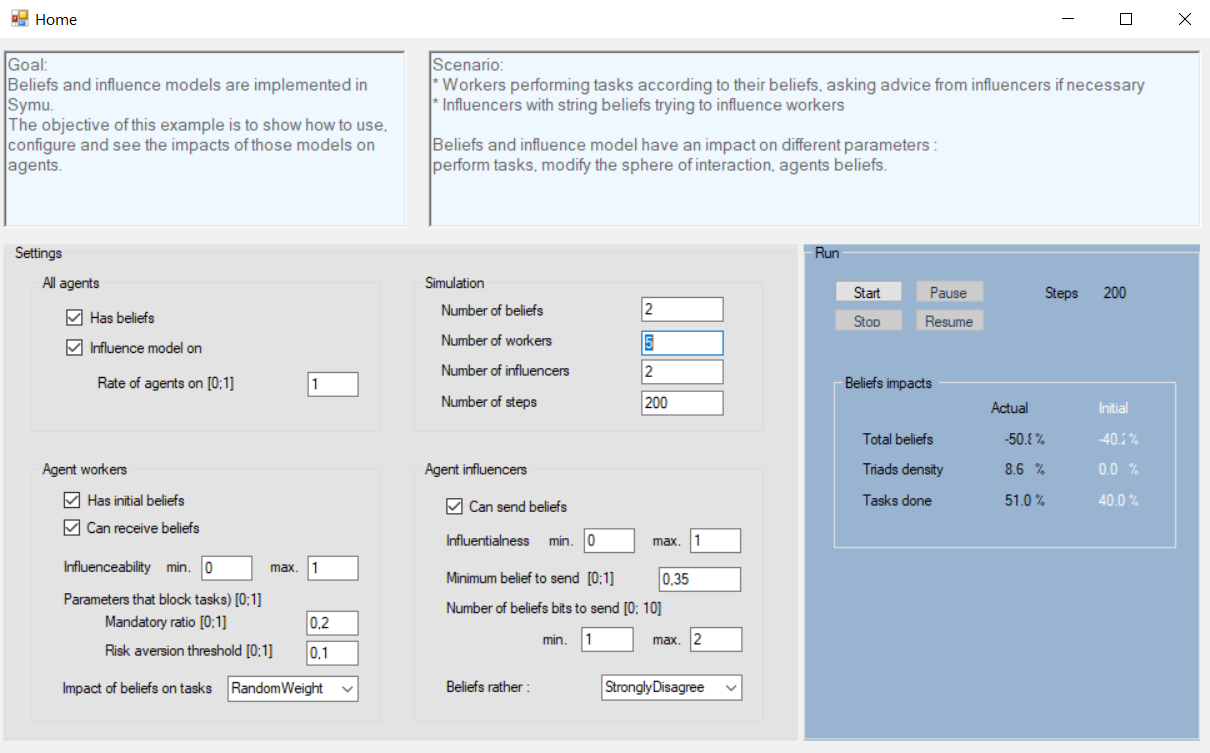 You can also discover others models

To start playing with this example, download the version v0.5.0. You will find the source code and the executable SymuBeliefsAndInfluence.exe.

You have successfully Subscribed! (check your email to confirm)